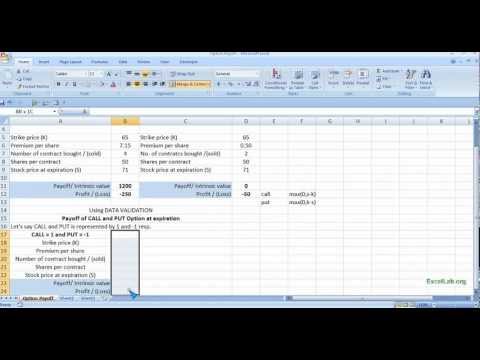 I was trying to figure out whether I'm Transgender or NB, and I came out too early. It's destroying my relationship.

Update: We are separating for an indefinite period of time. This was just a catalyst for other issues, mainly her overwhelming anxiety and depression, and our mutual codependency.
I'm in a crisis, and I need to write this. Questions at bottom.
I'm AMAB, and started experimenting with transgender thoughts around age 14. I mostly forgot about how serious it was until recently, about 14 years later. In that time, I've come to understand transitioning and transgender people much better, and it hit me hard because for the first time it seemed like a real option. I'm at an age and point in life where I'm doubting everything about myself, and feel like I'm close to "locking in" a future. I need to know what to do with these feelings.
So I started questioning. Saw a therapist, shaved my beard and legs, and played around with the idea. Had to see if it felt right. Started training my voice to see if I could. Need to know if I'll pass. If I wouldn't pass, what's the point? I hate my body, I hate the way I look and talk, is that dysphoria? Or is that just my depression? How much of this is anxiety and how much is dysphoria? I am motivated to take care of myself for the first time possibly ever, and I hit the gym and diet. I'm down 10 lbs.
After a couple times seeing my therapist, she says some things that didn't really stick with me until later. First, she suggests that being trans isn't necessarily the only thing that these feelings indicate, that being non-binary is also on the table. At this point, I'm not sure and I continue to wallow in questioning anxiety and panic.
Fast forward a few weeks, and I can't take it anymore. My girlfriend of 5 years can tell something is going on with me, but she doesn't know what. I am stressed beyond belief and it's leaking out. So we get coffee and I come out with it, hoping that she's understanding enough to support me through the process.
I drop some lines that I think extra fucked me over: I said that based off some kind of imaginary "checklist" I meet like 90% of the criteria for trans. Even worse, I explain how I'm worried about the clock running out on a viable passing transition and I could regret it 10 years from now. I'm still questioning, but I've heard that cis people don't think about it like this at all.
It starts supportive and confused, but the focus turns instead to how she's going to "lose" me. Uhoh. She cannot see herself attracted to women and knows it won't work. This is going to be a breakup.
She's already having a difficult, stressful time in life prior to this, and losing one of her biggest supporters is too much. She lives with her parents, and when we separate for the night they see her devastated. I learn a couple days later they already didn't like me and while they don't know exactly what we talked about, they don't want her to see me again.
​
I get to dwell on all this with little sleep for about 24 hours. Panic attack for most of it. However when I calm down, I start to consider some things my therapist said to help me figure out what I want. They're simple, but they're questions I don't often ask myself:
Things finally start to click. Perhaps the shock of all this got me into a more constructive mindset. Being male means nothing to me other than a series of assigned privileges. I don't like the male body aesthetic, but that doesn't mean I'm not male. I may not adhere to stereotypes, but even at my girliest I wasn't wanting to feminize much. Being female wouldn't change most of the faults I find with myself, or drastically change the way I want to socialize. It's just extra work and stress for little payoff. Being a better and more complete me doesn't have to include changing everything about me.
I imagined myself as an old father with my wife and child. I said it's something I wanted but I never really put myself in the role. I realized the thing I needed was just a goal. The best thing about leading up to transition was the drive to finally start taking care of myself, but transition doesn't need to be the motivator. I can just do it for myself, with what I've been given. And that would be enough.
I think I can be happy knowing I'm somewhere on the NB spectrum, maybe opening myself up to things I'd write off due to repression. Maybe I'll pierce my ears or something, dye my hair, get creative. I'll grow out my hair anyway, cause why not.
Okay questions
Thanks for listening.
Update: We are separating for an indefinite period of time. This was just a catalyst for other issues, mainly her overwhelming anxiety and depression, and our mutual codependency.
ADDITION: I want to make clear that my experience does not reflect on the experience of anyone else, and if I end up not being trans it does not mean your feelings aren't valid. I suppose we can only decide for ourselves.

Let's talk about SciTE4AutoHotkey, what Groggy is up to, why he's currently groggy and why that's the reason for the update. Here's a thread for info, comments, and suggestions. (PS - Happy Friday, everyone!)